The Derek Brown Band debuted at the historic Wheeler Opera House in Aspen, Colorado on October 17, 2008.  With blues and rock roots as well as healthy doses of jazz, swing and country, the sound of the DBB evades classification.  This group is versatile, engaging and simply fun to watch.

The core band-members include; Doug Gelpi, Meg Simon, Brian Payne and Derek Brown.  Though officially formed in 2008, this crew has been enjoying life and creating music together for more than 15 years.   Whether playing blues, swing, americana, or the occasional 80’s pop song, this band is committed to having a good time together and putting smiles on people’s faces.  “We’ve been friends a long time now and we love creating music together and what’s more, we just love being together,” says Brown, “and everyone seems to pick up on that at our shows.  We have way too much fun together.  I’m not exaggerating when I say; my face hurts from laughing so much whenever we spend time together.  In a time where negativity, criticism and catastrophe seem to be a regular feature in our daily news, I’m convinced that if we can bring some real life and joy to others when we play music, then we’ve truly accomplished something.” 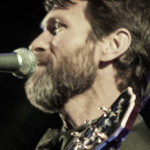 Derek Brown, the namesake of the band, forged the band in 2008, along with founding members, Meg Simon, Doug Gelpi, Brandon Kessler and Keith Ball. Brian Payne joined them later in 2011, and “the band felt complete”, says Brown. Derek grew up playing the pubs and bars of an active music scene in Alabama, Georgia and Florida. He began writing songs at the age of 16 and has honed his craft for 30 years. His care for landing a rhyme or phrase is completely satisfying to the musical ear. His vocal strength is a foundation for the authentic roots and Americana feel of the DBB. Derek never has a bad day and that always comes through in his performance. 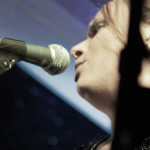 Meg Simon lends her considerable vocal prowess as the sole female of the Derek Brown Band. Her voice has the timeless elegance of Rosemary Clooney, the sultry undertones of Joss Stone, and the powerhouse belting abilities of Aretha Franklin. Simon got her start in high school musicals and choral performances, and she has been a mainstay in the Aspen music scene, since she arrived in 2002. Whether soaring at the top of her range in a driving blues number or lilting through the melody of a jazz standard, Meg is the real deal. When you hear her sing you’ll agree.

Although joining the DBB officially in 2011 Brian had worked with Derek in multiple musical settings previously. A musical Jack-of-all-Instruments, Brian can often be seen enshrouded by a circle of stringed and percussive instruments at Derek Brown Band shows. This self-taught musician started with guitar, then added the mandolin, dobro, and various percussive tools to his lineup. Payne’s musical sensibilities add elements of bluegrass, country, and rock to the Derek Brown Band’s eclectic Americana sound.

Doug Gelpi, a man full of joy, brings the joy of jazz to the Derek Brown Band. Having started his study of piano at the tender age of five, Gelpi continued in his musical education earning a degree in Jazz Piano from the prestigious Loyola University in his hometown of New Orleans. His chops on the keys “will” take you back to New Orleans. I think I smell gumbo. Gelpi channels the history of Nola in his musical tributes, yet he also fronts the band from time to time with a powerful and versatile lead vocal. 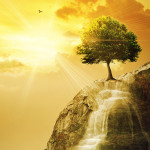 Baby Took a Limo // Live from the Mountain